After a year-long delay, the Olympic Games are finally under way in Tokyo.

Despite ongoing protests in Japan, COVID-19 infections inside the Athletes’ Village and a spectator ban at almost all Olympic venues, the event is going ahead.

The host nation’s softball team got things started against Australia in Fukushima, the part of Japan devastated by an earthquake and tsunami in 2011.

Image:
The host nation’s softball team got things started against Australia in Fukushima

Later, Team GB’s women’s footballers start their tournament against Chile – kick off is at 8.30am UK time.

The opening ceremony takes place on Friday in Tokyo but because there are so many games in softball/baseball and women’s football, those events start early.

Organisers have acknowledged that they cannot rule out significant disruption to the schedule or even cancelling the Games at this late stage.

But they are confident they have everything in place to deal with the COVID-19 problems that will almost inevitably arise.

So far, more than 70 Games participants who have arrived in Japan have tested positive – five of them inside the Olympic Village, which is supposed to be an ultra-safe environment.

Olympics organisers have been trying hard to convince the Japanese people and the competitors that Tokyo 2020 is as safe as it can be. Tokyo is already under a state of emergency due to rising infection numbers.

International Olympic Committee President Thomas Bach has revealed that organisers had “sleepless nights” when they were deciding whether or not to go ahead.

He said: “Cancellation would have been easy. We could have drawn on the insurance policies we had taken out. But in fact, cancellation was never an option for us.

“The IOC never abandons the athletes.” 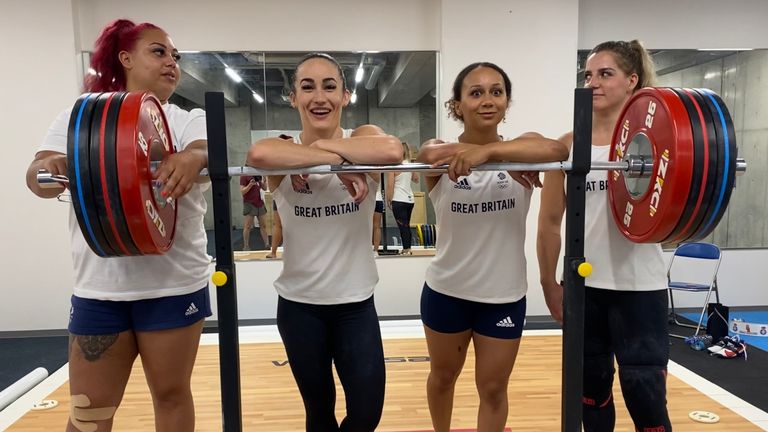 Team GB weightlifter Emily Muskett told Sky News the restrictions and daily testing are just something the athletes are getting on with.

“It is the way of the world at the moment,” she said.

“I’m just so glad it has gone ahead because there was a chance that it was going to be cancelled again. We don’t mind wearing masks and doing all these tests because we are achieving our dreams.”

The postponement of last summer’s event is estimated to have cost the organisers £2.5bn.

As for this year’s attempt, expect empty stadiums, unpredictable competitions, moments of intense sporting drama and the constant threat of COVID-19 disrupting the plans.